The writer works to spread temporary movie theaters for kids in developing countries. Although she has been successful by showing movies to over fifty thousand kids to this day, she is unsure of the fundamental existence of her organization.
Is it better to send vaccines and food? Is it only my ego to send movies? Can movies really change the world?
This serial will look at the question “Can we resolve poverty with movies” as an abstract question and confront the concerns and new possibilities sincerely as the leader of a non-profit organization never seen before.

I once entered a movie theater in a small town in Cambodia. It was an old movie theater that was abandoned after the civil war. When I looked down on the theater from the dusty projection room, I had this sudden idea that this might be how a god feels when he glances over the people from above. Maybe the people who worked in this projection room felt the same way as me, a bit like god, when they took a little step away from reality by showing movies.
There is a new job called the “Movie Deliverers” in Cambodia, who travel around rural areas to show movies to kids in rural villages. They bring movies, projectors, screens and generators, everything they need to play movies, and turn classrooms and village squares into movie theaters. This new job was created by us, the “World Theater Project”.

At the end of summer of 2018, I went to see the work of the deliverers for the first time in two years. Their work was careful, and they were filled with pride and kindness.
We arrived at the primary school at around 8:30 in the morning and the kids immediately gather around us, looking very excited. Nut, one of the deliverers, told me that it’s their second time visiting this school.
Nut and the other deliverers worked steadily, but gently at the same time, the gentleness close to how you would treat a treasure. 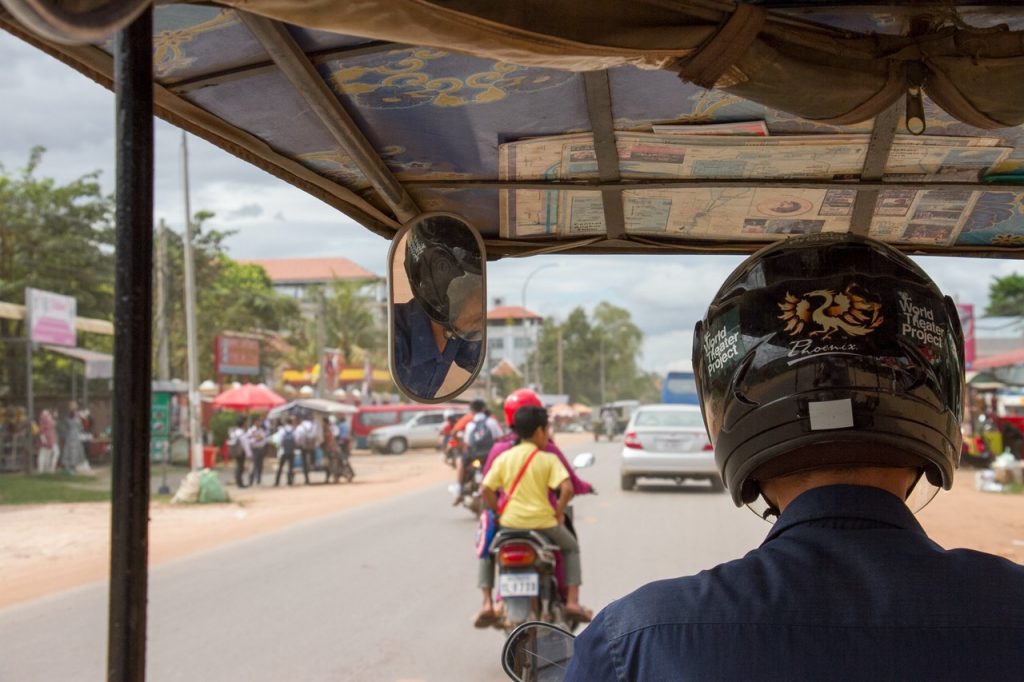 They set up everything they need, only in about 5 minutes. They also bring fans so that the kids can watch comfortably.
In classrooms, school playgrounds, village squares. In the mornings, evenings and at nights. Since they have made many temporary movie theaters already, they have gotten so used to it. 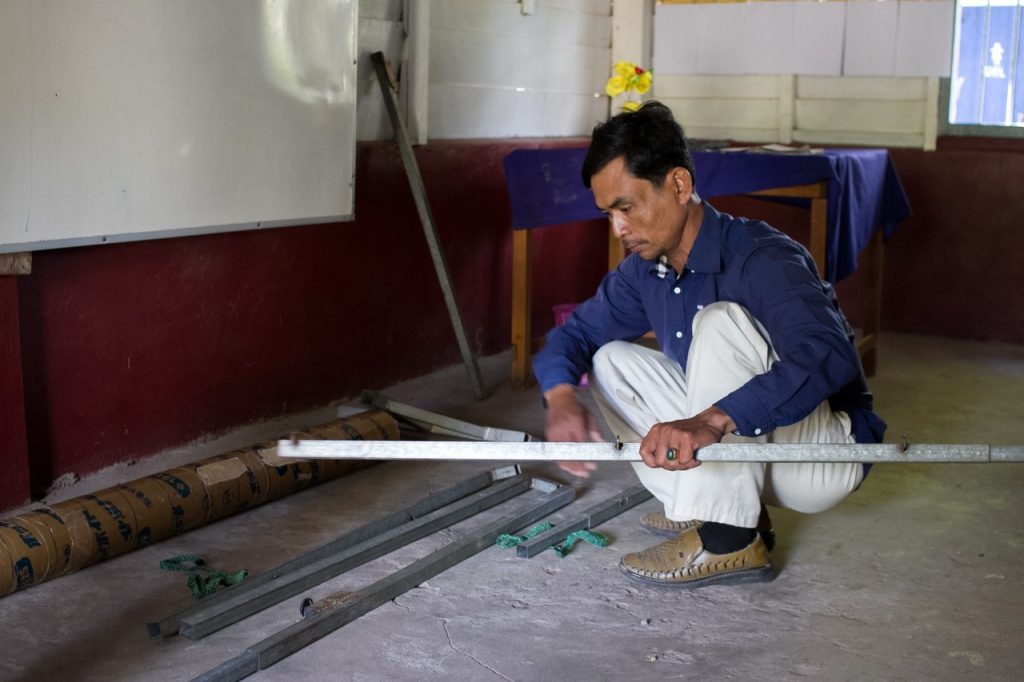 After creating the job in 2015, we have shown movies to kids more than 500 times. Even at times when I was busy with job in Japan, the deliverers continued their work, with pride and kindness. They have worked to give a new insight into the world of movies to kids who did not even know what movies were. We have indeed given movies to half a million kids in just 3 years.

While eating fried rice at a local diner in Cambodia, Nut told me, “I want to go and show movies in other states too. I even want to show movies all across Cambodia in the future”.
There are two bases of the deliverers in Cambodia. One is in Siem Reap and the other is in Battambang. They usually just stay in their states and do their work, but even then, the deliverers have visited most of the villages in their states at least once, and I cannot thank them enough for their hard work.
Wanting to show movies across Cambodia was my original dream, back in 2012, working as a dispatch clerk in Tokyo. Movie deliverers was a mere imagination in me back then.
But now, he is right in front me telling that “He wants to show movies all across Cambodia”. My dream of showing movies across Cambodia is not a far dream anymore, but a close future. Remembering all the hard work and the first time I showed a movie in Cambodia, I was deeply moved by Nut’s words.

Thanks to Nut and the other deliverers, our actions are spreading, not only in Cambodia but in other neighbouring countries, with the help of our supporters.
As my dream starts to spread and give many influences, I have concerns. I worry if what I am doing is actually wrong. What if showing movies was a wrong thing?
I cannot argue back when someone tells me that maybe there are other things, better things to send to developing countries instead of movies like food or vaccines, instead of movies. We can make kids smile without movies. If you want to make them happy instantly, it’s easier to give them tasty food. If you want to save poverty, it’s quicker to set up schools and provide people jobs.

I am still unsure if working and having the hope that maybe movies can nurture new future dreams for kids under the slogan of “Movies Inspire Dreams” and working for the “Maybe” is the right thing to do after six years of taking action.

We usually use the projector on the classroom blackboards to show translated Japanese animation movies. All of the kids laugh at the funny parts and watch seriously at the sad parts. Even when flies fly around, kids are so focused, that they don’t care about the flies. While looking at the faces of kids watching the movies, I thought about the title of this serial

Can we solve poverty with movies――

The answer I have in my mind is that “You cannot solve poverty with movies”. You cannot fill ones stomach with movies and nor can it save lives.
However, there was this girl that had a new future dream after watching a movie. There was a boy who learned that “persistence is the key in life” through a movie. A boy told us that he’ll come to school from tomorrow because he knew now after watching a movie, being with his friends at school was fun. There have been voices saying “The village community has a brighter atmosphere after showing movies to everybody”. On top of this, Nut and the other deliverers are very proud of what they do.

Six years since I have started this action. I have worked hard while considering many things to get my message across. I am grateful to have a chance to rethink the fundamental significance of our organization. By looking at all the ambivalence and answers I had through my work of six years sincerely, I hope to reach a new conclusion through this serial.